The following post was first published on CoinSpice, as a guest post. You can check it out.

I'm José, one of the eatBCH co-founders alongside my brother, Gabriel. We recently had the pleasure to travel all the way to Washington D.C. for a series of meetings, mainly at the CSIS headquarters to talk and discuss humanitarian work in Venezuela using cryptocurrencies, specifically eatBCH. I wanted to do a quick report about this trip, but sadly caught Dengue and have been very sick. I'm feeling much better now. So, here it is.

We were contacted by Moises Rendon. He is an associate director and associate fellow at the major think-tank Center for Strategic and International Studies (CSIS). The center conducts studies and analyses of political, economic and security issues throughout the world.

He invited us to a meeting at the CSIS Headquarters, in Washington D.C., to discuss the use of cryptocurrencies in Venezuela, especially focused on the work we have been doing at eatBCH using Bitcoin Cash (BCH) to help those in need in a decentralized and transparent way; the meeting attendees would include distinguished guests from a plethora of fields, from banking and government officials to NGOs.

We weren't sure of how we could possibly attend. Since our beginnings we have refused to use funds from eatBCH's wallet for anything else that wasn't for the meals we give away. We took a shot and asked the Bitcoin Cash community for support. This trip was only possible thanks to the support of everybody who chipped in with special thanks to Jake and Mike, Josh Ellithorpe, David Shares, and GiveCrypto.org.

The meeting was held on a Friday morning. A Coinbase engineer was also present to answer any technical questions that could arise. Around 40 people were attending. We gave our presentation on the work eatBCH have been doing so far, the work being done, how we struggled with the idea of how we were going to receive donations at all and how Bitcoin Cash offered a peer-to-peer, borderless, low-fee solution.

Suddenly, our presentation became the main point of the meeting, and a big part of the interventions thereafter were directed or were about us. Some were a bit skeptical, questioning our safety and KYC/AML procedures, but most were fascinated and impressed since they never heard about it and were pleased to know that there was a group already functioning in the ground.

Just after the meeting had ended we were approached by other attendees interested to learn more about our work and exchanged contact details. We had meetings with some of them the days after.

A few hours after the meeting ended, we had the opportunity to talk with Joe Waltman, the Executive Director of GiveCrypto.org. Later, we had a lunch with several attendees and further talked about our work.

Days later we had a meeting with someone from the Inter-American Development Bank (IDB), he wanted to talk with us about our work and gave us his thoughts and advice; further meetings with Moises Rendon, and other members of the initial CSIS meeting.

We also got the chance to meet David Shares, an active member of the Bitcoin Cash community. He was also very kind to give us a ride from the airport to our hotel at midnight the night we arrived. We have never used Uber or Lyft, and we were short of cash too, so we weren't sure how we were going to arrive at the hotel.

This whole trip proved to us that we made the right choice with Bitcoin Cash, not only for the coin but also the awesome community around it. Thank you again for making this a reality. We never thought we would do something like this when we received our first donation. Thank you. 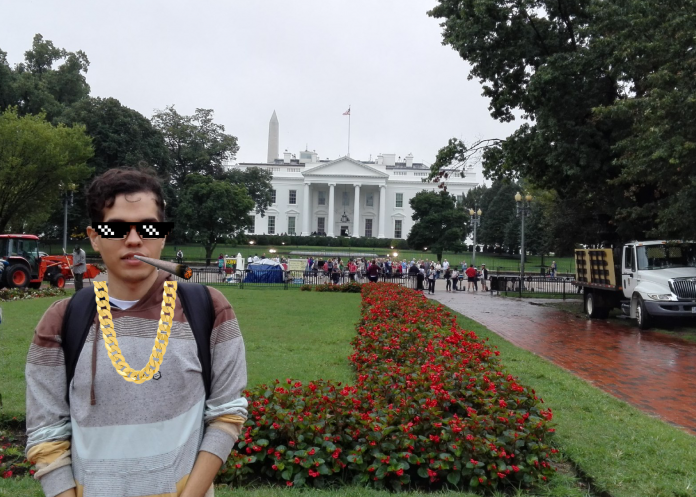 Funds sent to this address will be shared with our Venezuela and South Sudan efforts. For other options, click here.

Thank you for making a difference.